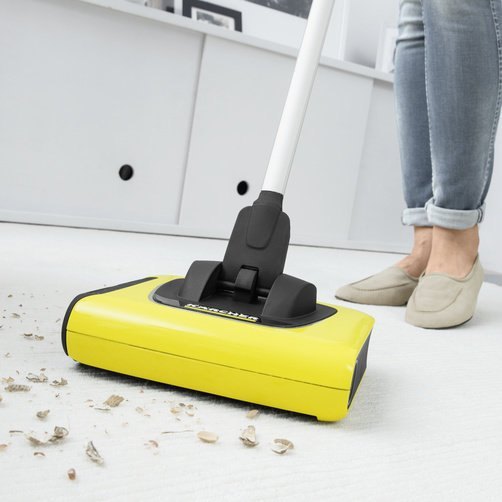 Sweeping machines are among the stars of Google trends this year. It is an example of old technology – in this case even older than the concept of technology – but which, with a radical design, becomes a hit in the contemporary world.

It has been said about the steam balloon that it could also be made in ancient Egypt. In principle, since antiquity, there was all the mechanical knowledge to achieve it. So is the mechanical broom. Maybe not in Egypt and Mesopotamia – there’s too much dust there anyway – but the physicists of ancient Greece had all the physical concepts to achieve such a mechanism. However, it took several thousand years for the broom to become mechanized.

Household hand sweeping machine is a concept evolved, by simplification, from utilities for cleaning public roads, and as an intermediary there was a floor cleaning machine in supermarkets. The first domestic utility was for sweeping yards and gardens, but after removing the engine and making parts from lightweight materials, it was a single step to bring it into the kitchens.

The hand sweeping machine now exists in a wide variety of models, the most sought after being the wireless ones, entirely mechanical, which do not consume electricity. For this, prices range from 10 to 30 euros. Models with higher power or additional functions, such as floor polishing, can also be entirely mechanical or run on batteries. There are also models with electric cable.

All these low-tech innovations compete, with great success at the moment, with super-high tech rivals such as the wireless home sweeper, with remote control and even 5G connection.